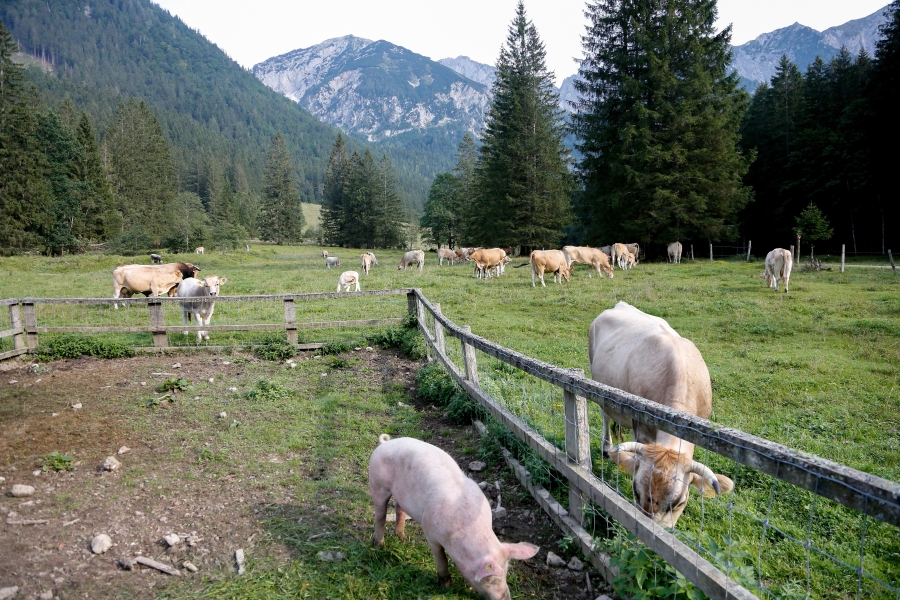 The meat and dairy industries are not just about meat and milk. In reality they’re a complex web of interconnected products each contributing value to make the industries viable. The joke in the meat industry is that they sell everything except the moo and if they could bottle and sell that they would! So, what happens when threads of this complex web are cut? How many cut threads can the web absorb before it collapses? You could also describe the effect as the death of a thousand cuts, no one of which is fatal.

What are the threads?

I’ve touched on this issue previously and the trend is continuing as we see more and more products being cut from the animal agriculture value chain. Each cut is small, but they all add up. As some examples we have the more well known whey protein from Perfect Day Foods made by precision fermentation. This product is already being used in ice cream from Nick’s and Graeter’s as well as Perfect Day’s spin off brand Brave Robot. With Perfect Day’s cost reductions in mid 2020 exceeding their targets for 2022 it won’t be long before they could reach price parity with conventional whey protein. They recently raised USD300m in Series C funding and have a joint development agreement with USD64 bn ingredients company ADM, so they’ve clearly escaped the scale up “valley of death”.

A newer signal of the future is Clara Foods commercial release of their pepsin enzyme. Pepsin is a USD 1.2 bn market and it’s commonly made from pig stomachs and used as a processing aid in dozens of food products. Made via precision fermentation the product will be distributed by Ingredion, a USD6 bn ingredients company. Another animal derived product is chondroitin sulphate, which is used in many supplements and is currently made from such sources as cattle trachea. It’s very recently been shown that it can be made via, you guessed it, precision fermentation. Next on the list is another animal agriculture product, the anticoagulant heparin, derived from pig and cattle intestines and is a USD7.5 bn market. (As an aside the offal from about 1 bn pigs would be required to meet annual heparin needs and we currently slaughter about 1.5 bn pigs each year. So, with population and wealth growth heparin usage is set to rise.) Anyone seeing a pattern here?

Moving back to the dairy industry, in August 2020 I wrote about TurtleTree Labs plans to manufacture human milk products. Well, another company, 108Labs, is releasing Colostrupedics, a “whole-human” infant formula. It’s made using human mammary cell agriculture and is aimed squarely at the dairy infant formula market. Include Biomilq, another human milk company, and dairy based formulas will very likely have some serious competition in the next 5-10 years.

The above products are just a few examples and I could list many more companies and products chopping value from the web of animal agriculture products. Once all the available value added non-meat and non-milk products have been removed from their respective value chains then meat and milk have to carry all of the costs of production. And all the while these core products are being challenged by alternative meat and dairy products.

The counter argument to some of these products could be that they’re GMO, but two things are worth pointing out.

Secondly, most of the commercial GMO derived products are used B2B, not B2C, so the consumer is never directly “asked” to accept the product. A major exception to this is the Impossible Foods plantbased meat alternative. Not only does it use GMO soy, but precision fermentation produced soy leghemoglobin to allow it to “bleed”. With these strikes against it you’d think the product would be rejected by consumers. However, consumers are multi-dimensional in their choices and have obviously decided that, on balance, they’re happy with the product. Add in that many younger consumers accept that technology will be used to make their foods and the future cold be bright for genetically engineered products.

So what will happen?

Back to the question we asked at the start of this article, how much damage can the meat and dairy industries absorb? Unfortunately there’s no simple answer as much depends upon that fickle group, consumers. Will they accept the need for genetic modification of food and ingredients to sustainably feed the world in the coming decades? Add in governments and powerful industry lobbies and nothing is certain, but there’s a plausible future where animal agriculture is in a world of pain. Meanwhile, chop…….chop………chop.